Present a concert of their most popular songs as a fundraiser for Butte County wildfire relief. The artists are donating 100% of the proceeds. The Center is donating all of the production costs. 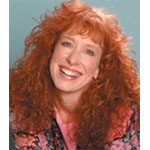 Very few people can say that they have been a singing mermaid, a singing casket, and was literally “elevator music” when she was hired to sing and play piano in a moving elevator. Meet Karen Drucker. Karen has recorded 15 CDs of her original inspirational music, and is the author of an inspirational book, “Let Go of the Shore: Stories and Songs That Set the Spirit Free.” Among her many accomplishments, she has been a professional comedienne, led her own band for corporate events, and has been the music director of New Thought Churches, as well as music director and “ music weaver” for many spiritual conferences and retreats. Karen has been honored with an Honorary Doctorate of Music for her work within the Religious Science Community, and a “Grace Note” award for her work within the Unity Movement. 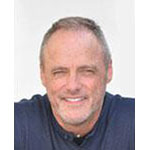 Gary Lynn Floyd is an American singer-songwriter who connects straight to the heart and lifts up a room with his inspirational lyrics and soulful style.
A native of Houston, Gary began picking out melodies on a piano at four years old, and he’s been making music ever since. Today he writes and records deep and meaningful music, and shares these songs like a gift to audiences across the country. His style is a mix of pop, rhythm, and blues, combining silky vocals with powerful lyrics. 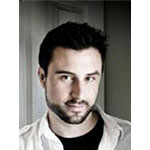 Bobby Jo Valentine is a nationally touring singer/songwriter who grew up on the seaside of Northern California. His songs are both earthbound and mystical, and speak of the gentle, everyday spiritual awakenings of an openhearted life. He's given a Ted Talk, been awarded Song of the Year three times at the West Coast Songwriter's Association, and performed all over the globe. His compelling, poetic storytelling and songs have built a growing following of listeners and supporters, and his most recent collections, "Fox Eyes, Whale Heart" and "Maybe Stars," are available everywhere music is offered online.
Doors open at 6:30 pm.

All proceeds from this concert will be donated to Butte County Wildfire Relief. Donations are made by purchasing Donation Tickets in $20, $40, $60, $80, or $100 amounts.  You choose the amount of your donation when you purchase your tickets.